Strava Fitness Application is Giving Away Locations (US Military in Peril)

Concerns have been shown by the US military offices against Strava, a fitness application, which offers a heat map feature. This feature has resulted in exposing the important military locations of the United States all around the world.

Earlier in November of 2017, Strava released all the information of the routes its users have taken. And a student from Australia, Nathan Ruser notified that his heat map feature has identified US military locations on the fitness application.

While, most global locations are brightly colored and filled, military areas turn out to be a lot quieter and remote. This helped in identifying such locations more easily for the common researchers. The usage of application in areas such as Somalia, Afghanistan and Syria represented clear patterns of jogging tracks done by none other than the US marines. 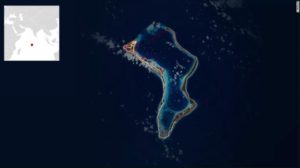 Strava records information using the GPS technology which is linked with a phone or wearable device such as Fitbit.

These devices are dispatched to the U.S forces in the past as a technology tool to track their fitness patterns.

While, this information is quite useful for people to identify new jogging routes within specified vicinity, perform new trails of runs and identify other runners to compete with, it also leaves an open view for terrorists to take advantage of the situation.

With more than billion activities logged into the heat map, it does provide an insight on how many people do exercise around the world in daily basis.

While the service does offer a private mode which does not allow information to be shared outside the application; as far as the heat map feature is concerned, it is made for public use only. It would appear, then, that military personnel are sharing their information publicly, perhaps without knowing it or realizing the implication.

However, to strengthen the enforcement of privacy laws within different important sites and location, a spokesperson for the Central Command in Kuwait said:

The Coalition is in the process of implementing refined guidance on privacy settings for wireless technologies and applications, and such technologies are forbidden at certain Coalition sites and during certain activities, we will not divulge specific tactics, techniques and procedures. However, we have confidence in our commanders’ abilities to enforce established policies that enhance force protection and operational security with the least impact to our personnel.

Strava is a great fitness application, but it has long been quarreled and criticized due to its ineffectiveness in deploying stringent privacy policies.

The heat map doesn’t include user information, but, as others on Twitter demonstrated, it is possible to visit the service and look up users based on the routes they have run publicly. That could potentially expose the identification of military men and women.

Strava, within its statement, does provide shows concerns on the matter and states that they are doing whatever that is possible for them to achieve in order to deploy the most effective privacy controls on the application as possible. In its defense statement Strava official said:

Customized control patterns is a good option, but not at the risk of losing the security of the defense forces.