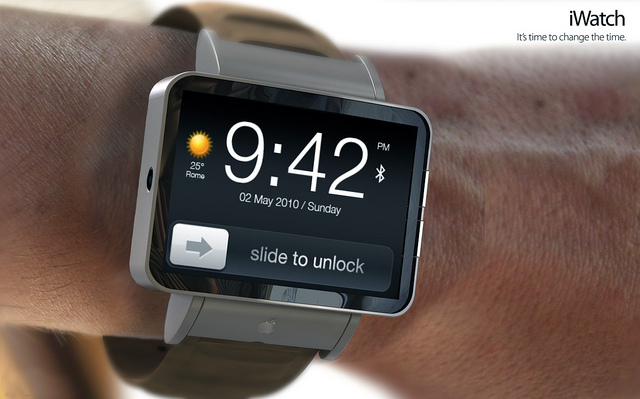 With the big media launch of Google’s Glasses (without glasses), and a few watches that can speak fluently with last generation phones, we have immersed ourselves into a trend known as ‘wearable’ technology’. Many of these technologies have a serious impact on the security of institutions, corporations and individuals, so it is good time to begin addressing the subject of these dangerous outfits.

The beginning of wearable technology

The first wearable computer was designed in 1960 by Mathematics Professor Edward O. Thorp, to break the profits of casinos, playing blackjack. This analogue computer, the size of a pack of tobacco, was used to predict where the ball would drop in the roulette. In order to find a digital example, we have to go to the first calculator watch back in the 80s; the Casio, which represented the ‘trendiest gadget’ that microelectronics could develop.

Wearable Technology includes applications with the excuse of informing of multiple physical parameters to athletes and sportsmen, that highly value knowing up to detail their feats and activities. Good examples of this are the Fitbit or Jawbone Bangle. 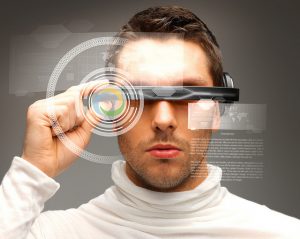 However, a less narcissistic approach is the use of those same parameters for controlling health and treatment of clinical patients (heart rate, level of glucose in blood, oxygenation and blood pressure, etc.) In other cases, the objective with this technology is to monitor the whereby and moves of individuals.

Other experiences, which are also included in the wearable fever, are those related to the nightlife and entertainment, for example electroluminescent t-shirts.

These cases must be included within other interesting but relatively different approach to that of the e-Fabrics. Such a variant is divided into two broad categories: 1) cases in which include conventional electronic systems (cables, integrated circuits, LEDs, MEMS, accelerometers and gyroscopes, batteries, etc.) sewn inside the dress or suit as a separate element, and 2) cases in which Electronics are directly included in textile materials that made costume (conductors, resistors, transistors, diodes, solar cells, etc.). E-Textiles projects are actually hybrids where independent components included in the outfit are connected to constituent electronic components of the employed material fibres employed in its production.

We forecast a promising future to these technologies; specifically, it is estimated that Wearable Technologies market will reach the 485 million dollars in 2018.

The contenders and the future of wearable tech

The big players on the stage of the wearables are Google, Apple and Samsung. Samsung has recently launched its smart watch and Google its eyeglasses without crystals. In the latter case, the release has led to a major advertising campaign to generate great excitement and buzz media. On the other hand, Apple came to this market with its iWatch last April.

While propaganda campaigns for the shaping of public opinion are on ongoing basics, there are many who have called attention to the safety of these technologies and what they can mean in current scenarios for individuals, corporations and States.

New e-Fabrics could already make varied and fairly precise measures in a systematic way. For this purpose it would suffice, in regard to the dimension of electrical potentials, including drivers to join electrodes placed in the right places.

More specific biochemical sensing systems could inform of the hormonal State of the individual and thereby get to know much about their emotional state, aggressiveness, fear, fertility, etc. With these new e-Fabrics and thanks to those specific sensors, the individual could be sheathed in a more accurate and less invasive “truth machine”, in the universal dreamt polygraph of those who want to steal the individual´s right to lie. 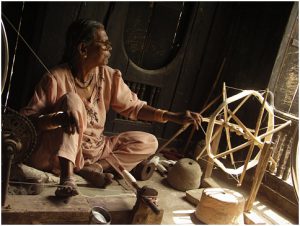 Making our own clothing in the style of Mahatma Gandhi will probably end up being the safest way of preserving your data privacy.

One may think that the fact of not belonging to the “Group of Narcissistic” save us from our intimacy being spread online. The problem is not carrying clothing and sensorized fabrics, with capacity of computing and communication, the problem is when we have these clothes and do not know we are wearing them. We would be able to identify these new e-fabrics?

Imagine what you could do with that information life insurance companies; insofar as it increases the real risk, the company could find the way to revoke it.

In the end, to be sure, we will have to make our clothing in the style of Mahatma Gandhi, if we want to defend ourselves from this tsunami anti-privacy which may technologies wearable and the e-Fabrics become. Without a doubt, you will have to be careful and think twice what you put on.