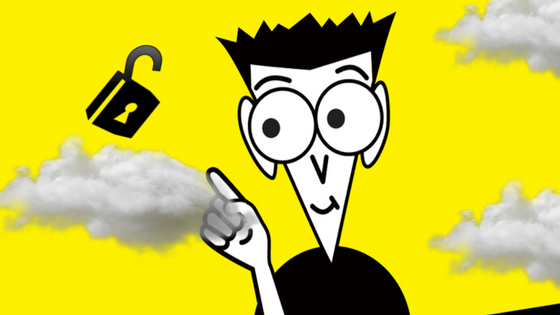 Encryption is one of the most secure ways to protect classified data. It refers to encoding data into a form called ciphertext, using an encryption algorithm and an encryption key, which can only be understood by individuals with the proper decryption key.

The algorithm is a mathematical function that modifies the data of the document and works together with the key, which is usually derived from a number, word, phrase or password to encrypt and decrypt data. Encryption is unfeasible to decode without the right key, thus ensuring the safety of data.

Encryption has been used for hundreds of years by military and government institutions to protect and share sensitive data. In today’s digital world, secure encryption isn’t limited to government institutions anymore. In fact, almost every business is using it. Companies these days collect a lot of consumer data and they need to protect it from internal and external threats.

Why is Secure Encryption so important?

Secure Encryption is important because it acts as the last line of defense. All other security techniques have loop holes that hackers exploit to get into the system. But when the files are properly encrypted, even if they are stolen, hackers won’t be able to read them.

At SMiD Cloud we are convinced that every computer user has both the need and the right to understand some basic concepts about encryption, so we write these lines to do our bit.

There are two types of encryption methods widely used across the globe, Asymmetric and Symmetric cryptosystems. Both are quite similar to each other and have the same purpose. The only difference between them is the way cryptographic keys are used.

Symmetric Cryptography uses a single key to both encrypt and decrypt the data. You can think of it like a secure deposit box at a bank, where one user wants to deposit a file so another user can retrieve it later. Both users, the sender and the receiver, must possess the same secret key to open the secure box.

Asymmetric cryptography (also called Public Key cryptography) is somewhat similar to Symmetric cryptosystems, but uses two keys instead of one, where one key is made public and its counterpart is safely kept private by the receiver. The idea behind it is more like a post office box, where anyone (who has the public key) can deposit files in a perfectly secure manner, and lock it once they’re done.  No one except the receiver, which holds the private key, will be able to unlock the post-office box and see the contents already delivered to it. This ensures the safety of data for other users without the need to establish a shared key in a secure way beforehand.

For secure encryption, key size is one of the most important element of the puzzle. The longer the key size, the more time it takes to decrypt it via Brute Force Attacks. Brute Force Attack is one of the most common hacking techniques. It tries millions of millions of combinations in order to guess your password or encryption key. This is where an encryption key length has an advantage. For example, if an individual has secured his data using the 128-bit encryption key then it would take over a million years for the brute force attack to crack the encryption code using the world’s most powerful supercomputer. This makes it almost impossible for any hacker to access your data and this is why encryption is the best line of defense. SMiD Cloud uses the most secure 256-bit AES encryption standard that ensures safety against external threats and prevents brute force attacks from stealing your data.

Key randomness is also very important. Having a long encryption key will offer no protections whatsoever if attackers are able to predict its digits. Keys must be of very high quality to ensure maximum encryption security. SMiD Cloud uses random cryptographic keys that does not depend upon passwords generated by users.

The biggest threats to secure encryption

The biggest threats to secure encryption is the increase in computational power and human errors. Technology is moving at an extremely fast pace over the last couple of years, more powerful technology is revealed each year which means that in the not so distant future, decrypting a 128-bit encryption will take months or days rather than a million years for the most powerful intelligence agencies. This is why new and more secure encryption techniques are being developed to stay ahead of the curve.

Secondly, human errors are widely known for damaging the reputation of secure encryption. People make countless errors generating and handling keys which results in the keys being either exposed to external threats or stolen. Encryption keys need to be generated and placed somewhere extremely secure so no one can get access to them. Anyone who has access to the decryption keys can decrypt the secured data. For this reason the SMiD encryption keys never leave the device.