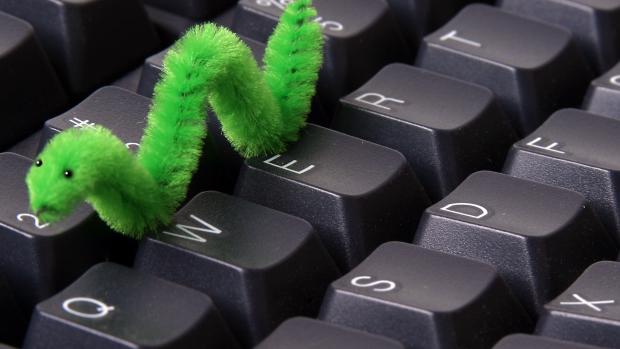 Cyber-attacks are as old as the advent of cyberspace. When the technology was new and cyber security had yet to gain its due importance, the cyber attackers took full advantage of its vulnerabilities and caused damage in millions. With time, the technology grew sophisticated but so did the cyber-attacks. Even in 2016, a wide spread cyber-attack was carried out against the world’s renowned websites like Twitter, SoundCloud, Etsy which caused massive Dyn DNS outrage and websites were down for a couple of hours. We can expect more the same in 2017 as well, which means precautions should be taken to secure important data on urgent basis.

But first, let’s take a look at some of the biggest cyber-attacks of the 21st Century and what could have been done to prevent them.

In 1988, Morris, a student at Cornell University created the first ever computer worm with the intent to determine the vastness of cyberspace.  Due to an error this worm, which replicated rapidly infecting computers, and resulted in an unexpected denial of service (DOS) affecting many infected machines. This virus reportedly caused 10-100 million dollars damage. This event inspired thousands of distributed DOS attacks that are still common today.

In 2008, over 100 million credit cards were exposed through SQL injection to install spyware in Heartland Payment System. This was one of the biggest fraud cases in US history that caused loss in millions.

Heartland payment system’s vulnerability to SQL injection was warned by security experts earlier and could have been easily prevented if data encryption was implemented to safeguard sensitive information.

Netsky & Sasser computer worms are the legendary worms that wreaked havoc damages raking up-to 500 million dollars. The Sasser worm attacked computers through a Microsoft vulnerability and Netsky worm spread through emails and Windows networks. It was created by then 18 years old Sven Jaschan and was unleashed on the internet which had a resounding effect all over the world, and resulted in Microsoft putting a $250,000 bounty on his head. Later he received a lighter sentence due to his age and was later hired as a consultant in a security company.

These worms could easily be stopped by a properly configured firewall. Before the Sasser worm created mayhem, Microsoft actually released a patch for this vulnerability 17 days earlier. That’s why it is important to keep your Windows system updated.

In 2009, a security breach in Google’s Chinese headquarter was detected that implicated the Chinese government hand in the hacking. The high profile cyber-attack was targeted not only on Google but Yahoo and a number of Silicon Valley companies. Chinese hackers exploited vulnerabilities in older versions of Microsoft’s Internet Explorer to gain access to Chinese human right activists’ accounts – and, till now, it is not known exactly what data was stolen, although Google admitted that some of its intellectual property was stolen.

Chinese hackers had backing of their government and it was carried with precision so there was no easy way to prevent it. However, to prevent such cyber-attacks from happening again in the future, Google relocated its server for google.cn to Hong Kong.

Michael Calce was an ordinary 15 years old boy who gained a notorious reputation in the cyber world in 2000, when he managed to  knock down companies with high-end cyber security such as Yahoo, Dell, FiFa.com, eBay, CNN and Amazon. It is estimated that his DDOS attacked cost around 1.5 billion dollars. Mafiaboy was later apprehended, but was released with a lighter sentence due to his young age. He later wrote a book on how he managed to DDoS top internet companies.

Strict cyber laws were implemented after internet giants suffered loss of billions. It is now mandatory for the companies to safeguard their information online and keep their sensitive information encrypted.

You will find more cases of the worst security breaches of 21stcentury in the part 2 of this article.